Grounds in my Coffee 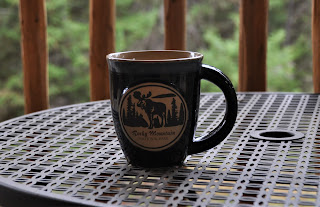 View From the Coffee Cup

My devotions lead me to an interesting thought this morning.

We start in Matthew 11.28-30. Jesus talks about taking His yoke, for it is easy and light.

Unlike most of the artwork we have from the Renaissance era, Jesus probably did not carry an entire cross, from His beating at the hands of the Roman soldiers, to Golgotha.

The Romans crucified thousands of people during this time period. The upright part of the cross was already there, and the Roman soldiers considered Jesus as just another criminal getting his just rewards.
As a form of final humiliation, they would force walk the convicted person from the halls of The Praetorium to Golgotha, or "The Place of the Skull", with the very crossbeam that the person would be hung on the cross with.

The yoke in the Matthew passage can be likened to the crossbeam Jesus carried to His own death.

He could tell us to take up His yoke because the very yoke He bore for us was , for Him, easy to bear!
Because He saw the end result, looking beyond the ugliness of the cross and seeing the Glory of the empty tomb.

And that's my view from the Coffee Cup
Posted by Mike at 4:32 PM